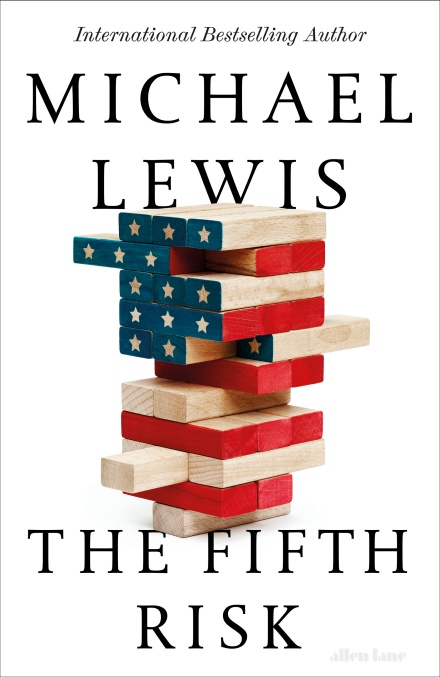 The extent to which Donald Trump was unprepared to take the helm of the federal government is laid bare in a new book by Moneyball author Michael Lewis. The Trump transition team was beleaguered by difficulties owing to the fact that Trump and his team made so little preparations in the event that they would win. There were huge swathes of the federal government to which Trump and his associates had paid no attention. The problem though, as Lewis lays out in painstaking detail, is that the parts of government that Trump did not wish to pay attention to are the ones that could be of greatest importance.

Lewis takes as his subject matter the career civil servants in three of the most obscure government departments: the departments of Energy, Agriculture and Commerce. Through interviews with his subjects, the book seeks to demonstrate the role that the federal government plays in preventing and mitigating systemic risks. The subjects of the book bemoan the politicisation of scientific inquiry and the dangers posed by the current administrations’ woeful ignorance towards some of the some of the biggest threats facing the American political and social system.

Lewis conveys the obliviousness of the Trump team when it comes to actually understanding what the government does and how to run it. He recounts a number of examples in the immediate aftermath of the Presidential election in which career civil servants wait patiently to brief Trump staffers on the intricacies and complexities of these vast bureaucracies which they are due to inherit. Across multiple departments, briefs are never given and where Trump staffers do show up they do so to stifle programmes of research and scientific enquiry that run counter to the new President’s agenda. Whilst Trump cannot profess to be an ideologue himself the people steering his administration certainly have their tendencies. They want to see a small state and remain deeply sceptical of the federal government, even when it is doing important evidence-based work. Now two years after the 2016 election only slightly more than half of the key position in the government have been filled.

The fact remains that the scale of the federal government allows it to do things that no other bureaucracy is able to do. Aside from laying the technological groundwork that lead to the creation of the internet and GPS, scientists at the Department of Energy were responsible for taking Jonas Salk’s finding and creating the first batches of penicillin. Certainly, there is a lot of waste and inefficiency but there is little doubt that in many crucial respects lives would be worse had it not been for the federal government. The government takes on the kinds of risks that no private company would ever dream about taking on. Maintenance of the electrical grid, disposing with nuclear waste and responding to the threats posed by climate change all entail significant investments of both money and expertise. The Trump administration, however, sees little merit in these activities and has eliminated all research on climate change and halved the funding for work to secure the electrical grid from attack or natural disaster.

“People are really good at responding to the crisis that just happened, as they naturally imagine that whatever just happened is most likely to happen again. They are less good at imagining a crisis before it happens—and taking action to prevent it.”

But the biggest challenge for the federal government and for any administration is not so much predicting the risks that people can easily predict, but being able to predict and mitigate those that people would never have thought were possible. This is what is defined in the book as the fifth risk:

“Here is where the Trump administration’s willful ignorance plays a role. If your ambition is to maximize short-term gain without regard to the long-term cost, you are better off not knowing the cost. If you want to preserve your personal immunity to the hard problems, it’s better never to really understand those problems. There is an upside to ignorance, and a downside to knowledge. Knowledge makes life messier. It makes it a bit more difficult for a person who wishes to shrink the world to a worldview.”

Being able to predict unknown risks requires the extensive use of data to understand trends and patterns and then being able to deploy strategies to plan for the unknown. But the Trump administration displays little interest in carefully planning for unknown threats unless there is some commercial advantage to be found in doing so. The subjugation of an evidence-based approach to ever tighter ideological and partisan considerations is one of the more subtle impacts of the Trump presidency.

In the trump era, the dividing line between public and private begins to blur. Entitled businessman use the resources of the federal government to make money and then deny that those same resources should be made public once they have been expropriated for commercial use. Take for example the case of Barry Myers who was picked by Trump to run the National Oceanic and Atmospheric Administration. For 30 years prior Myers had been CEO of Accu Weather a private company that used the forecasts obtained by the NOAA to make money. At every turn, Myers tried to curtail the accessibility of NOAA data to the public, even though it had been funded through taxpayers dollars. He even tried to introduce a bill that would stop the national weather service from delivering weather-related information where it might interfere with the paid for services of Accu weather. Now, Myers is in prime position to gut an agency that provides a vital public service and take the entire business of weather forecasting and dissemination ever more closely from the public into the private sphere.